It seems that Git version 2.0.1 does not work nicely with Mac OS X 10.6.8.  Any command returns error “Illegal instruction”, so the easiest solution is installing an older version of Git., version 1.8.4.2. I found it in google repository https://git-osx-installer.googlecode.com/files/git-1.8.4.2-intel-universal-snow-leopard.dmg 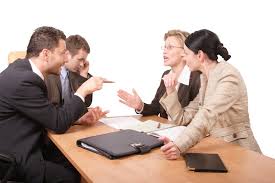 END_OF_DOCUMENT_TOKEN_TO_BE_REPLACED

Eric Illsley was re-elected in May 2010 with a majority of more than 11,000
Continue reading the main story

MP Eric Illsley is under pressure to stand down after admitting he fraudulently claimed more than £14,000 in parliamentary expenses.

He pleaded guilty at Southwark Crown Court to three false accounting charges over claims for his second home.

The MP, already suspended by Labour, will be sentenced next month.

Labour leader Ed Miliband urged him to do the “right thing” and resign from Parliament, while David Cameron called Illsley’s position “untenable”.

He was re-elected as Labour MP for Barnsley Central in May, but was suspended from the party after being charged shortly afterwards and now sits as an independent.

If Illsley receives a prison term of 12 months or more he will be disqualified from being an MP under the Representation of the People Act 1981.

But Mr Miliband urged his former colleague to act now, telling the BBC: “He’s no longer a Labour Member of Parliament. I think he should do the right thing and resign as a Member of Parliament because I don’t think he can be a credible voice for his constituents having pleaded guilty to such a serious offence.”

Mr Cameron’s spokesman said: “His personal view would be that it would be a very difficult situation where someone has defrauded the people they are there to represent. That is quite an untenable position.”

On Friday, former Labour MP David Chaytor became the first person to be jailed over the Westminster expenses scandal.

A prison sentence does not automatically mean the end of a career at Westminster. A sitting member of parliament is only disqualified if they serve more than a year behind bars while in office.

That happened just twice in the twentieth century. Peter Baker – former Conservative MP for South Norfolk – was the last to be barred after being sentenced to seven years for forgery in 1954.

In the mid-1970s Labour MP John Stonehouse was imprisoned after faking his own suicide. He resigned before he could be disqualified.

Sentencing in Eric Illsley’s case is not expected until February.

If he is disqualified then the government will move a writ in Parliament allowing a by-election to be held in his seat of Barnsley Central.

Mr Illsley is entitled to remain as an MP if he receives a short or non-custodial sentence, which is sure to encourage those campaigners who are demanding the right to recall members of parliament who have been found guilty of serious wrong-doing.

Illsley is the only serving MP among those facing court. He had previously denied dishonestly claiming more than £25,000 but his barrister, William Coker QC, said his client had admitted wrongly claiming a revised sum of about £14,500.

The expenses claims related to council tax, maintenance, repairs and utility bills for his second home in Kennington, south London, and were made between 2005 and 2008.

Simon Clements, head of the Crown Prosecution Service’s special crime division, said: “This was a significant sum of money and the grossly inflated claims he submitted could not be attributed to an oversight or accounting error – indeed he claimed that the expenses system was a way of supplementing members’ salaries.

“By his guilty pleas he has accepted that he was dishonest in making these claims. As an elected representative, Eric Illsley took advantage of the trust placed in him by his constituents to act honourably on their behalf.

“Instead, he siphoned off public money into his own pockets and betrayed those who rightly expected the highest standards of integrity from him as a Member of Parliament.”

Judge Mr Justice Saunders adjourned the hearing for four weeks for a pre-sentence report on Illsley.

Backbench Labour MP John Mann said there was “obviously going to have to be a by-election” as it was “untenable” for Illsley to carry on as an MP.

He told the BBC News Channel it was “another bad day for Parliament” but he hoped it would demonstrate to the public that politicians were “not above the law”.

Roy Millar, chairman of the Barnsley constituency Labour Party, said there would be meeting “in the future weeks and days” to consider a way forward.

“Eric has been a personal friend of mine for at least 25 years and he’s been a very good servant to Barnsley and the people of Barnsley, representing them at all levels, but… we accept that the due process of the law will continue,” he told BBC News.

David Chaytor was sentenced to 18 months in prison last week after admitting he forged tenancy documents and invoices to falsely claim more than £22,000 of taxpayers’ money for rent and IT work from the Commons authorities.